Viewed from above, Barcelona presents a stunning grid of asymmetry. At street-level the city seems far less uniform, with hidden treats to be found for any traveler: ocean access to a warm Mediterranean, successful sports teams, all night clubs, and stunning architecture consisting of Gothic and roman ruins, ultra modern builds, and considerably more chic than one can handle.

Our co-contributor, Darrin, documents his travels around the world. This week he visits the beautiful, cultured city of Barcelona. 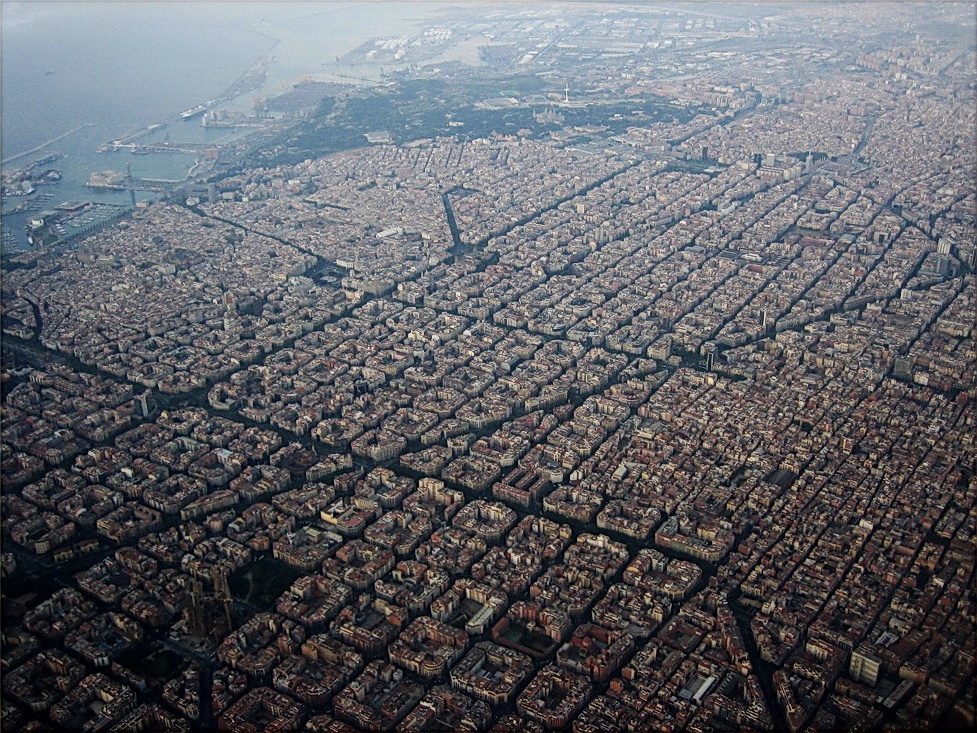 By the time we touched down in El Prat on Sunday night I’d already been going hard for 6 hours. The flight attendant must have taken a liking to me, as he had slipped me two plastic shot bottles to go alongside the canned Modelo I had ordered shortly after take-off. Add that to the Jack I had managed to sneak on in my sports drink bottle (my own version of the infamous Tucker Maxx ‘Death Mix’ and I was lit in no time at all. I didn’t remember much of the taxiing or shuttle to the hostel, and while it was only 8pm when they dropped me off, I crashed immediately. Jet lag’s a bitch!

I woke up early on Monday morning with the most jarring headache, so I threw my eye mask and noise cancelling headphones on and promptly went back to bed. I woke up sometime after 4pm, and by that time most of my buddies had also touched down. They went to explore the Roman archaeological sites and art museum, but I was still struggling, so instead I grabbed some fast food and napped until they returned at 7pm. After all, it was going to be a long night. We drank hard, went to a club, and I stumbled back to the hostel around 4am. Tuesday was spent in bed again, trying my best to recuperate via a steady intake of gatorade and carrots. I flew out late that night and slept most of the way back to Newark, courtesy of a couple of beers prior to takeoff.

It was short, but overall it was a pretty sick trip. I’ll give Barcelona an 8/10 and will definitely be back.